Sister, But No Martyr

Posted on September 8, 2015 by Brant Copeland 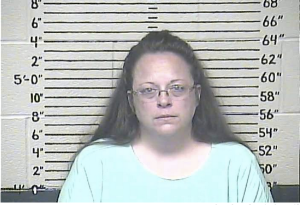 Christianity began not as a new religion but as a sect of Judaism. Jews within the Roman Empire enjoyed an unofficial exemption from the requirement to offer sacrifices to Caesar as a divine being. As a kind of work-around, sacrifices for the Emperor were offered in the Jerusalem temple twice a day.

Furthermore, Jewish law required every adult male to pay the “temple tax” which helped to maintain the temple in Jerusalem. The Roman authorities also tolerated that deviation from official policy. In other words, Jews and Caesar figured out a way to co-exist.

That doesn’t mean that Jews were treated well under Roman rule. Like every conquered people, they suffered greatly under the Pax Romana.

As Christianity began to be distinguished from Judaism, Jewish Christians were expelled from their synagogues, and the ranks of Gentile converts grew.

Christians now labored under a kind of double prejudice. They were still suspect because of their associations with Judaism, but they had the added burden of being thought of as “atheists.” After all, they didn’t worship Caesar as a god, clinging to that peculiar Hebrew notion that there is only one God. Furthermore, they declared that there is only one Kurios (Lord) and it isn’t Caesar.

Hence the earliest Christian creed: “Jesus Christ is Lord.” Although historians disagree about the extent, it is clear that Christians suffered persecution in those early centuries.

The Edict of Milan (313), decreed tolerance for Christianity, and it soon became the official religion of the Empire. What began as a sometimes persecuted cult became, in three short centuries, the established religion of the “Holy” Roman Empire.

Kim Davis, the Rowan County, Kentucky, clerk, who now occupies a jail cell, likens herself to one of those early Christians who suffered persecution for the sake of her loyalty to the Lord Jesus. Her crime, so far as the law is concerned, is her refusal to obey a federal court order. From her point of view, she is obeying “God’s law” instead of “man’s law.”

Many Christians and not a few presidential candidates have rallied to Ms. Davis’ cause. Presidential hopeful Mike Huckabee speaks of the growing “criminalization of Christianity.”

Kim Davis is my sister in Christ. I respect her deeply-held opinion regarding same-sex marriage. She is a principled woman for sure, but she’s no martyr. If she feels obliged out of conscience not to issue marriage certificates to same-sex couples, then by all means, she should not do so. But she should not at the same time expect to keep her job as the Rowan County Clerk.

To characterize Ms. Davis’ incarceration as persecution is to minimize the genuine persecution Christians suffered long ago – and still suffer in many parts of the world.

If Ms. Davis can’t obey “man’s law” as the County Clerk, she should find a new job that fits her understanding of the Christian faith.

I was born in Brownsville, Texas, grew up in San Antonio and in Lake Charles, Louisiana. I am a Minister of Word and Sacrament in the Presbyterian Church (U.S.A.)
View all posts by Brant Copeland →
This entry was posted in Uncategorized. Bookmark the permalink.

4 Responses to Sister, But No Martyr