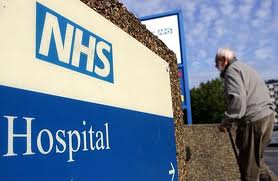 My wife and I have just returned from visiting her mother in Edinburgh, Scotland.  As my mother-in-law  approaches age 90 she faces a number of challenges that are common to the group we Americans call “seniors” and Brits tend to call “pensioners.”  Having seen firsthand the services available to older folks under the National Health Service, I am even more frustrated to come home to the mess that Americans have made of health care.

The “surgery” as it is called, for my mother-in-law’s family practice clinic is just a few blocks away from her home.  If she needs to go to the doctor, she can walk or ride a bus.  Buses are free to pensioners throughout the country.  There is no fee to pay when she gets to the surgery.  If she doesn’t feel up to trekking those few blocks – which can be a challenge in an Edinburgh winter (or summer, come to think if it) she can phone the surgery and guess what!

Yes, it’s true.  The doctor will come to her. Within a short time he or she will be ringing her doorbell.

When the United Kingdom was organizing its health service following World War II, a decision was made that is fundamental to the entire system:  Health care would free at the point of service.  Of course, the system is not perfect.  Doctor’s waiting rooms don’t look like the lobby of the New York Hilton and there are waiting lists for certain surgeries.  From what I have seen, however, poor people don’t have to use the emergency room to access a physician and parents don’t hesitate to get treatment for their children because they fear they won’t have money left to pay the rent.  It’s my impression that health care in Scotland, like golf, is both ubiquitous and remarkably democratic.

Who knows that the Supreme Court will decide about the 2010 Health Care Reform Law?  Perhaps the whole law will be struck down.  Perhaps portions will survive.  Perhaps the high court will surprise us by leaving the law intact.  The debate about health reform has not revealed the best side of America.  Loud voices have decried “socialized medicine” as though the very idea were demonic.  Many have shouted “Don’t touch my Medicare!” while ignoring the needs of their neighbors who don’t qualify for that humane government program.

What gets me is how few Christians have stood up to suggest that health care isn’t just about me and my personal freedom.  It’s about caring for my neighbor as well.  If my parents were alive, I’d rejoice in a health care system that delivers a physician on their doorstep when they need one – and does the same thing for every person of a certain age.

Say what you like about the evils of socialized medicine.  From what I’ve seen, it’s a lot more “Christian” that what we’ve got back here in the good old U.S.A.