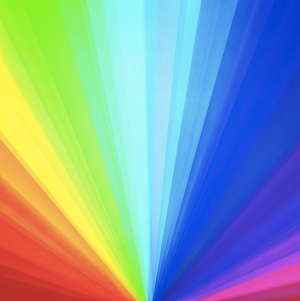 My Dad, a wise presbyter, counseled me shortly after I was ordained, “You don’t have to speak in every debate on the floor of presbytery. If you wait a little while, someone else will probably make your speech for you.”

I give Dad, now in the Church Triumphant, credit for my decision not to respond in print to Father Eric Dudley’s editorial in the Tallahassee Democrat regarding marriage equality.

Back in August I took Archbishop Thomas Wenski to task for his uncharitable diatribe against supporters of marriage equality. I figured my parishioners could do without seeing their pastor’s mug in the Democrat yet again. Surely, I figured, somebody would make my speech for me.

Well, somebody did. My friend Jack Romberg, rabbi at Temple Israel, produced his own guest editorial in response to Father Dudley’s. Not only did Jack point out that the Bible does not reflect a single, monolithic model of marriage, he also suggested that insisting that there is only one way to interpret the Bible is a form of religious hubris.

Two elements of my brother Eric’s opinion piece bothered me most. First were his words about “loving” gay friends and family members. He wrote:

It is not that we dislike homosexual people; on the contrary, we have friends and family members who are gay and we love them, and treat them with the warmth and kindness with which we treat anyone we love. But we cannot support them in their desire to marry.

Growing up in the South, I remember all too well those Christians who maintained, “Some of my best friends are Negroes and I love them.” That “love” did not prevent my white Christian friends from denying people of color their civil rights or from telling and laughing at racist jokes.

I also take issue with Father Dudley’s assertion that marriage equality hastens our nation’s slide down the slippery slope toward secularism. For him, the Supreme Court’s ruling represents “ . . . yet another unraveling of the Christian fabric of our country, another step in the direction of secular Europe.”

I’m not sure what Father Dudley means by “secular.” In Henry VIII’s time “secularism” meant the disposition of one religious system by another. To gain support for his throne and in his fight against the Pope who refused to grant him a divorce, Henry “secularized” church property.  Some of the “secularized” property went into the royal treasury; some went to his supporters.

“Secular” is also a term used within Catholicism to distinguish the world from the church. I take it that for Father Dudley, “secular” means society’s descent into agnosticism or atheism.  Secularism in this sense goes hand in hand with the waning influence of churches — especially government-supported “established” churches.

We Reformed Christians aren’t too keen on the word “secular.”  It rubs against the grain of our theological tradition.

I agree with Marilynne Robinson that “secularism” has no real meaning in today’s world. The incarnate God, the Word made flesh in Jesus Christ, is present and active in all of creation, including all of humanity:

. . . All I wish to suggest is that faith lives in the human world by the grace of God, because of the love and loyalty of God, and in the presence of God, which is free, indifferent to our anxieties, to our categories, and quite emphatically, I think, to our very negative judgments about the spiritual state of our neighbors . . .” (Christian Century, July 8, 2015, p. 25).

It doesn’t help to label marriage equality as evidence of creeping secularism. That’s just a another way of pointing out the speck in my neighbor’s eye while ignoring the log in my own eye.

I thank my colleague Father Dudley for his provocative editorial and my colleague Rabbi Romberg for his response. This is the kind of exchange that makes me proud to live under the United States Constitution.