Gone but not Forgotten 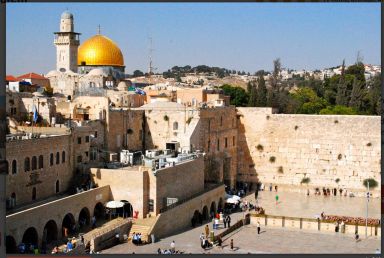 In one of his sermons the great preacher Fred Craddock talked about going to a funeral for a word that had died.  I don’t remember the word in question, but just now I’m mourning the death of the wonderful old word “evangelical.”

Well, the word hasn’t exactly died.  Instead it has been appropriated by Christians who seem to have lost touch with the word’s original meaning.

The lectionary texts for the season of Advent are peppered with “good news.”  We hear it on lips of the ancient prophet Isaiah, in the preaching of John the Baptist, in the message of the angels to the shepherds, and, of course, on the lips of Jesus himself.

In Mark’s Gospel, Jesus is baptized by John and spends 40 days in the wilderness.  When he emerges from the wilderness, he takes up John’s message, “The time is fulfilled, and the kingdom of God has come near; repent, and believe the good news (euangelion).

The “good news” of the gospel is Jesus himself – the one who sets captives free, who heals the sick, who restores sight to the blind, who forgives, who touches lepers, who reaches out to women, who welcomes children, and who brings euangelion to the poor.  The message of Jesus is itself the “good news,” and whoever bears witness to Jesus is, quite literally, an evangelist.

I believe that the message about Jesus is still “good news.”  In my mind at least, that makes me an evangelical Christian.

Alas, I fear the word “evangelical” has come to mean something else altogether.  Now it refers to a subset of Christians who believe, among other things, that President Trump is God’s agent to hasten the End Times.  For this reason, many “evangelicals” are jubilant over Mr. Trump’s declaration that he will move the American Embassy to Jerusalem, signaling that Jerusalem is the true capital of the modern State of Israel.

According to this strain of thinking, known as “Millenialism,” the stage is now set for a worldwide conflagration.  When the dust finally settles, Jesus will return to earth to gather up true believers and dispatch the rest of humanity to hell.

If you don’t find much euangelion in that way of thinking, I don’t blame you.

I interpret Biblical texts differently.  I don’t see this End Times formula in the Bible, and I don’t think it is consistent with the God revealed in the person of Jesus Christ.  While I respect sisters and brothers in Christ who adhere to this line of interpretation, I don’t agree with them.  And, frankly, I don’t think there’s very much good news in their version of the Good News.

I’d call myself a “classical evangelical” if it would help, but it won’t.  Let’s just say that I agree with other evangelicals, that, in the end, all of this is up to the Triune God.

I was born in Brownsville, Texas, grew up in San Antonio and in Lake Charles, Louisiana. I am a Minister of Word and Sacrament in the Presbyterian Church (U.S.A.)
View all posts by Brant Copeland →
This entry was posted in Uncategorized. Bookmark the permalink.

4 Responses to Gone but not Forgotten